Blog Post #207!
Welcome to our new WordPress site! Well, almost….  Our main site is still over at http://tvmegasite.net and will be for quite a while. However, we’re building the new site here on WordPress. Right now it’s found at http://www.tvmeg.com, as it’s still a “test” site, but it will be at http://tvmeg.com. Very soon!

For the past few months, we had to work hard at figuring out how to edit this new design in WordPress (which you may have read about in my blog back in July), and how to make it exactly how we want it. I had a lot of help (see our credits page).  I had to learn how to use WordPress better.  Then it was a matter of figuring out how to build the new site.  I put up the main pages, and then, while I figured out how to use the software, I built our new Arrow site, adding lots of updates and news.  Then I had to figure out how to put in ads and other stuff. It’s been very trying, but thankfully, we’re all done with that. Now, as soon as I finish building the basic pages, we’ll start bringing more content over and move to the new address. I’ll continue to update the current show pages as I bring them over, and we’ll be able to put up more content for the new shows that I like much easier. We’ll probably leave the older shows pages on the old site for a while.

I hope you like the changes! It will make things way easier for all of us here that work on it, and it should be easier for you to read, too, and should look nicer and load better. Also, you can make comments now!  Please leave comments!  We love hearing from you guys. 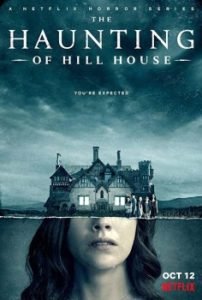 We have some new volunteers, too, which is always exciting. We lost Ellen, who was helping to write the Y&R Updates, so Christine has been writing all five days. Christine is a fabulous writer, but I don’t think she really wants to do them daily, so we’re looking for someone else to help her out. I might have someone, but it might be a while before she can start… in the meantime, Eva has been writing the Y&R short recaps all five days. We may have someone to help her out, too, a great new write named Cherie who will be writing Monday’s Y&R recaps one day ahead, and also stepping in to write for Eva while she goes on vacation in December.  Please visit our Volunteer Jobs page if you would like to help out writing Y&R Updates or anything else! We have many jobs available.

In August, I spent a lot of time building our 2018 Primetime Schedule, which 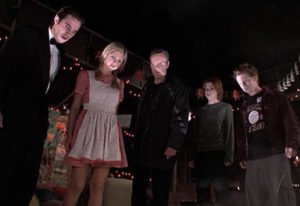 covers all of the broadcast shows and when they premiere. I also made the cable listings which tells when all of those shows are returning to premiering. I haven’t had time to update that much, though. Still, it might be useful, so I hope you can check it out!

In my last blog, I talked about “Bold & The Beautiful,” which I watch every week day.  I’m glad that they brought Eric and Quinn back into the show with more story (just please don’t break them up again!).  It’s also great to have more story for Pam and Charlie. I still don’t like Thorne and Katie together. They were largely used as a plot device to get Ridge and Bill at each other’s throats again. She and Wyatt

were much better together, and they broke them up too quickly for no good reason. Now that Katie won her court case, we rarely see her and Thorne any more, unless it’s connected to Ridge and Bill. I notice that we don’t see too much of the interns Emma, Xander and Zoe any more. Good. I guess I’m not the only ones who didn’t like them or their bland story.

Lately I’ve been recording and watching “Stargate Atlantis” and “Stargate SG-1” off the El Rey channel. I saw some of SG-1, but I never got around to finishing it, 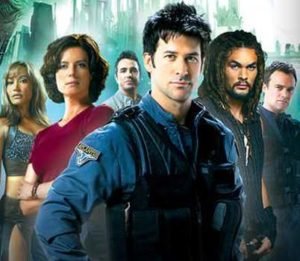 and I never saw the other show. I did see and love “Stargate Universe,” which to me was very similar to “Star Trek: Deep Space 9.”  Anyway, they’ve been showing them from the beginning, so I’m getting to see them, and I really love them.

Unfortunately, my DVR is really filled up with so much with “General Hospital” and “Young & The Restless” from the past few years, so I’m having a hard time watching enough shows to keep it from going to 100%. I did buy an external disk drive, so I could backup some of the shows, and make more space, but I haven’t had time to figure it out yet. I need to do that this week!  With the new Fall season in full 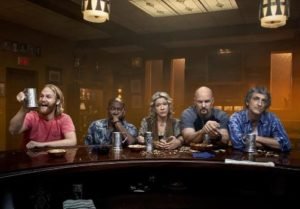 swing, I have a lot of shows to catch up on already.

We had quite a few new interviews with TV stars the past few weeks, so I hope you can check those out.  I watched “Lodge 49” this Fall (to interview 2 of the stars) and really loved it. It’s been renewed for a 2nd season, so I hope you can watch it.

Of the new series on TV, I’m enjoying “The Rookie” and “Manifest” so far. There are still a few I haven’t seen. I didn’t really enjoy the first episode of Alec Baldwin’s new Sunday night interview show, but the second episode was really good. He seemed more at ease. He interviewed Ricky Gervais, who is one of my favorite comedians, and Jeff Bridges, one of my favorite actors! So that was great fun to see.  I tried to watch Busy Philipps’ new show “Busy Tonight” on E!, but I couldn’t stand it. Too mindless for me, and her voice (plus her Valley Girl accent) is grating.

There are many reboots this season, but so far, the only one I’m enjoying it “Will & Grace” on NBC. I saw the first episode of “The Conners,” and I thought it was very depressing, and not very good. To be fair, I didn’t much like last year’s “Roseanne” reboot, either.  I do watch “Murphy Brown,” but it’s not that great. It’s just too heavy-handed and not that funny. I loved the old show, but it’s not the 1980’s anymore. They need to be quicker, wittier. I don’t know. I’m still watching it, but it’s very uneven. I saw the first episode of “Magnum PI” and it was boring. So was the new “Charmed.”  So, kudos to “Will & Grace” for not only coming back as great as before, but even better.

I do like “God Friended Me,” “New Amsterdam” and “A Million Little Things,” but

I just don’t have time to add them to my list of shows to watch. I haven’t even had time yet to watch the latest season of “Daredevil” on Netflix. As always, I’ve got a whole stack of DVD’s to watch and review, as well as a whole list of shows I should be checking out. It never ends. It’s gotten a lot worse with Netflix, HULU, Amazon and so many other new streaming services coming out.

I had to delete “The Daily Show with Trevor Noah” from my DVR. Hopefully I can put him back on once I’ve moved some shows over to the external hard drive. Oh, I’m also watching “The Cool Kids,” which is so-so, but I love the actors on it.  None of the new sitcoms seemed funny to me.  I wasn’t very impressed with 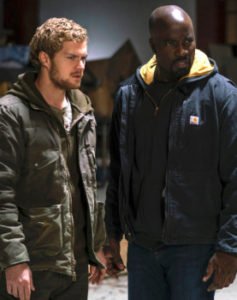 the CW drama “All-American,” which was kind of dull.

I’m very annoyed that Netflix has canceled “Iron Fist” and “Luke Cage!” I sure hope they do another “Defenders” or these characters show up in “Daredevil” or “Jessica Jones.”  They make a lot of crappy shows on Netflix and the other streaming services that I never watch, but I always catch the superhero shows! I’m heartsick that those shows are gone. 😟

On the positive side, I’m very glad to have all my CW superhero shows back, and “Supernatural,” and “Doctor Who” with the new female doctor! And “The Resident” and “Gifted” on FOX, “Big Bang Theory” on CBS, “Blindspot,” “Midnight Texas” and “The Good Place” on NBC, and “How to Get Away with

Murder” on ABC.  We still watch “Family Guy” on FOX, too, but we stopped watching “South Park” because it’s just not funny any more.

What is your favorite Halloween show or movie? I don’t like to go to scary movies very much. I don’t mind some of the older ones on TV. I don’t mind if a show is about things like vampires, ghosts, witches, or werewolves, but I hate zombies.

I love the old Charlie Brown special from when we were kids! I love Halloween, but I don’t like being grossed out or scared too much. A little scary is OK, though.

Leave a comment below to let me know which Halloween show or movie is your favorite!

Back to the Main TV Blog Page

Here are all of our Articles!